Last week, I had the pleasure of interviewing Brian Gardner, Founder of Frost. While we discussed a number of topics, the thing that stuck out to me the most was his excitement for what’s possible in WordPress themes these days. Brian had largely stayed on the outside of the WordPress world, not paying much attention to what was going on with Gutenberg, Full-site editing, and blocks. But then he came across an article written by Justin Tadlock about Block Patterns on WP Tavern that changed things.

Justin Tadlock had written a post, talking about the block pattern directory, which at the time, was a beta on WordPress.org. I had heard about block patterns and it just seemed like there was all of this vocabulary around Gutenberg and the editor. I was sort of paying attention and I’m like okay, what is this?

I’ve got time tonight and I’m bored. So I checked out the block pattern directory and I saw the tiles of all of the different patterns that were available. It wasn’t many, but I’m like, let me see how this works. So I clicked the copy button and wondered what to do with it. So I opened up my WordPress test site to a blank page and clicked the paste button. The editor and the pattern showed up.

I was like, what? You know, WordPress is really great and it powers so much of the internet, but there’s still parts of it where we’re like, how can it be that sophisticated that it worked the way we thought it wouldn’t kind of a thing. Like, there’s got to be a more complex way this has to happen, but it really wasn’t. It was literally just hitting the copy button from someplace and pasting it.

I think I ran the next morning and really obsessed over developing hypotheses in my head around what I think this is all like, how it works and where it’s going. I did some more research by ripping open a theme I was working on and started playing around with some things.

I very quickly landed on the idea of a new system that could be built to deploy multiple designs with only one theme. I was also missing WordPress as I had not been in it as deeply as before. I needed my time away. It’s kind of like the prodigal son, right. You know, on some level, but, I miss WordPress. I miss the community. I miss building for people. I miss designing stuff. And so it’s like, let’s just start doing things that feel right.

Brian later went on to describe his visions for block patterns, WordPress theme design, and how he plans to take advantage of these new features with Frost. To hear that and a whole lot more, check out Episode 10 of the WP Mainline podcast. 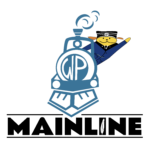